When you book with an account, you will be able to track your payment status, track the confirmation and you can also rate the tour after you finished the tour.
Sign Up
493

Why Book With Us?

Do not hesitate to contact us. We are travel experts that care for our clients traveling to Mexico.

Enjoy a tour of the extraordinary archaeological zone of Monte Alban, declared a World Heritage site by UNESCO in 1987. Monte Alban, constructed on a plateau at 1,940 meters above sea level, is one of the most representative archaeological sites in Mexico. With pyramids, a court for the pre-Hispanic ball game, among many other mystical constructions, take this chance to explore cultural traces from different civilizations, such as the Olmecs, Mixtecs, and Zapotecs.

Continue to the town of Coyotepec, famous for its ceramics production, followed by a visit to the convent of Cuilapam. This Dominican convent dates back to the 16th century and was the site of the execution of one of Mexico’s heroes from the Independence War, Vicente Guerrero. Finally, visit the village of Arrazola and head to a workshop to see how the famous Alebrijes (wood-carved fantasy animals) are made.

What to Expect in our Monte Alban Tour

Enjoy midmorning pickup by coach from your Oaxaca hotel and kick off your day of sightseeing at Monte Alban, a UNESCO site located on a mountaintop boasting panoramas of the city and Oaxaca Valley. Spend about 2.5 hours at the archaeological site. Your guide takes you around the complex, including the Grand Plaza, a large open area on the flattened plateau. Hear engaging facts about Zapotec history and culture as you gaze at ceremonial platforms, including a series of rock carvings called The Dancers (Los Danzantes). You’ll see some of Monte Alban’s 170 tombs, whose excavations revealed a range of paintings and stone carvings. Visit pyramids, temples, altars and the I-shaped ball court constructed in 100 BC. Make your way up the South Platform (Plataforma Sur), a large area known for its wide staircase and great views.

Next, head to San Antonio Arrazola, a tranquil town at the base of Monte Alban. For about 45 minutes, stroll through the town and admire the local folk art, such as the world-renowned woodcarvings from the copal tree called alebrijes depicting fantastic zoology of mythical creations and monsters. In the traditional town of Cuilapam de Guerrero, swing by the Cuilapam Convent, a 16th-century Dominican convent known for its unfinished basilica and Capilla abierta, or open chapel. Learn about this historical colonial feature aimed at encouraging larger numbers of indigenous people for conversion to Catholicism.

After refueling with lunch (own expense), wrap up your sightseeing in San Bartolo Coyotepec. Visit the 16th-century San Bartolo Coyotepec Church, the Oaxaca State Museum of Popular Art (MEAPO), and a craft market displaying the work of more than a dozen families. Learn about this town known for its black pottery (Barro negro), unique ceramics made locally since pre-Columbian times.  Your full-day tour ends with a drop-off at your hotel in Oaxaca in the evening. 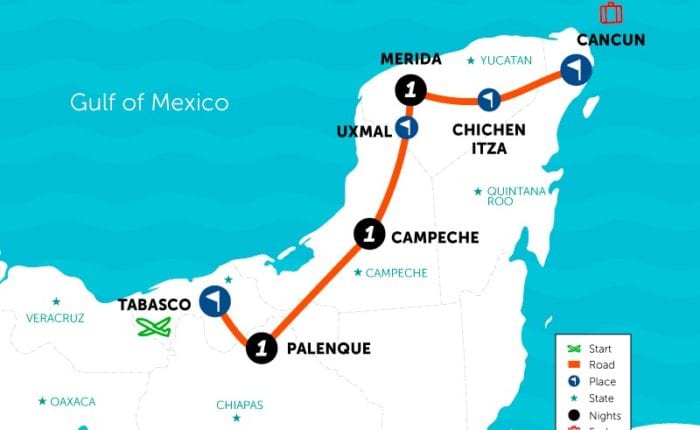